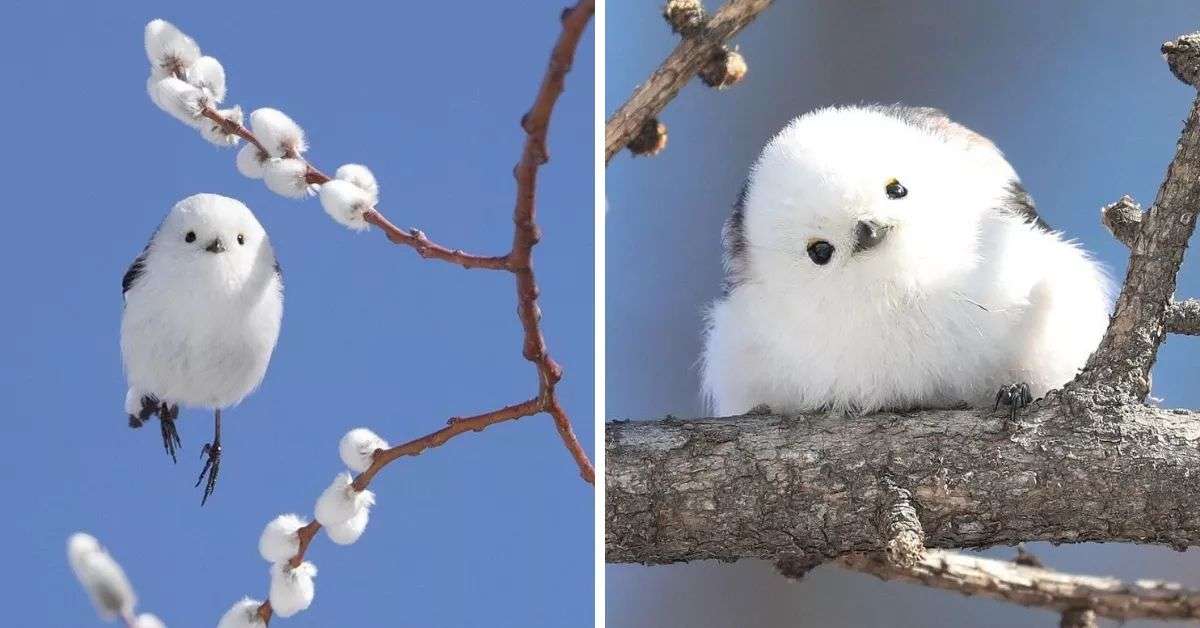 In the world of cute things, being Tiny is the cutest than small. Tininess is a significant factor in being small, and there is an emotional component to it.
This cute little bird looks like a fluffy cotton ball. It’s called Long Tailed Tit.

This bird is called Long Tailed Tit because they have long tails compared to their tiny bodies. An adult bird grows only 13 to 15 cm long. However, half of it counts as their tail from that length.

These Long-Tailed Tits can be found in Asia and Northern Europe. A particular group of Long-Tailed Tit living in Hokkaido is in a league all their own. Also, indeed, their tininess is always pleasant.

It has 6 national parks, 17 quasi-national and prefectural parks, and plenty of wildlife zones. Many animals who live on Hokkaido island have unique features.

Most of them have gray or brown color “eyebrows.” also, they have more brown in their feathers, and the ones who live in Hokkaido have pure white faces. So, when they are flying in the sky, they look like flying fluffy cotton balls with black tails.

In Japan, this bird is called as Shima Enaga bird. Shima Enaga means “Long-Tailed,” and it perfectly suits them.

These Long-Tailed Tits or Shima Enaga are more prevalent among Japanese people. This is a dessert-themed related to this bird.

Many treats and knick-knacks are themed according to the appearance of this bird.

You can read our article on “Mind-blowing Photos Of Cats” from here!