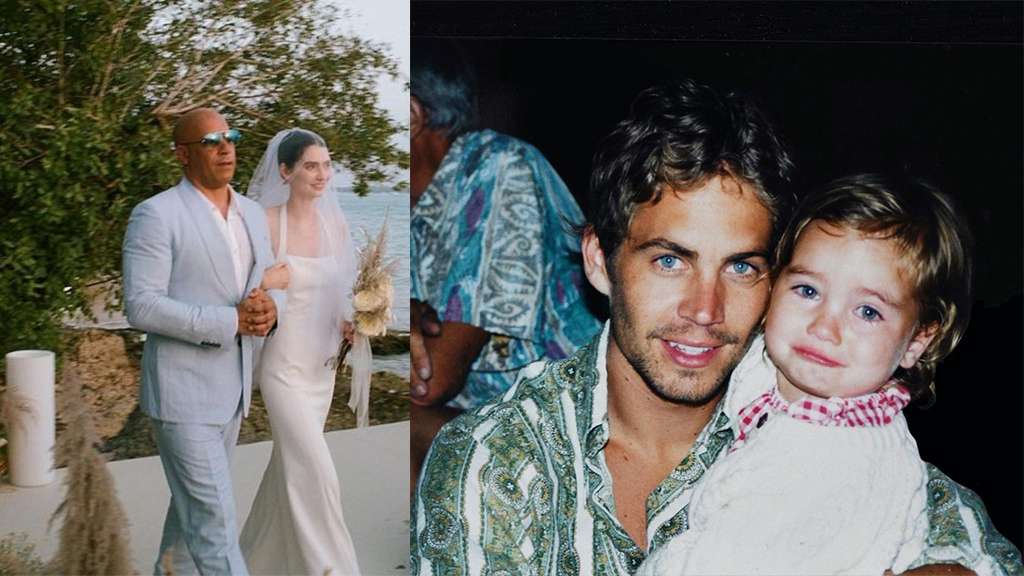 Family is a close-knit bond that gives everyone strength. No matter what you’re going through, they’ve got your back, even if the rest of the world is against you. On Friday, October 22, this was shared with the rest of the globe via an individual’s Instagram account.

The lovely daughter of late cinema legend Paul Walker walked down the aisle gripping the arm of Vin Diesel, whom her father considered a brother, for her wedding. Meadow Walker, 22, and Louis Thornton-Allan, both 22, recently married in the Dominican Republic. Meadow is a prominent model in her own right, and the presence of her father’s “Fast and Furious” co-star Diesel added to the beauty of her special day. Vin Diesel would never turn down a chance like this. Meadow’s post about her special day, as well as the caption she included with it, mirrored this. Scroll down to read more of this heart-touching story.

Meadow’s father, Paul Walker, died in November 2013. The 40-year-old Paul died in a car accident in Los Angeles. When officials arrived, the car was completely engulfed in flames, and both passengers were pronounced dead on the scene.

Following her father’s death, Meadow Walker founded and is the president of the Paul Walker Foundation, which works to protect seas and wildlife. Her father’s former co-star has remained one of her closest friends.

Moments captured with her loving father during old days are below.

Must See Talking Photographs That Have Won The Indian Photo Festival Portrait Prize, 2021

So imaginative: He transformed these boring buildings into wall arts

Hot Summer Days Have A Variety Of Consequences, As Seen In These 30 Photos

Lifewinningquotes - October 5, 2021 0
Saving and spending the money you have suitably is undoubtedly an essential skill that one must master in their life. Finishing each penny you...