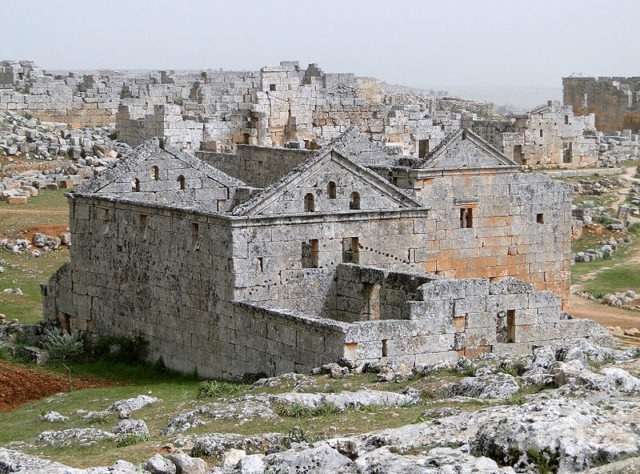 It is the archeologist’s responsibility to uncover evidence of past civilizations to understand what lived before us. The individuals who formerly lived in a location, on the other hand, might be so secretive and mysterious that it is impossible to get a conclusive explanation as to what indeed occurred.

The three cases in this article depict cities that were suddenly abandoned by their residents, with no one able to pinpoint the specific reason for their abandonment.

Syria’s “Dead Cities” are places where people have died.

The Forgotten Cities (also known as the Dead Cities) are a collection of abandoned towns in northwest Syria that number 700. Even though the majority of them date from between the first and seventh centuries, it is thought that its residents vanished somewhere around the eighth century, which is a surprising twist on the traditional timeline.

The architectural relics of residences, pagan temples, cisterns, and even bathhouses may be seen among the ruins, which are in excellent condition. Some believe that rich peasants inhabited these towns. In contrast, others think that the architecture is much too spectacular to support this idea based on the evidence. Many people, however, believe that the peasants struck “gold” when they began exchanging olive oil with foreigners and that the architecture was a consequence of their success.

As a result of its suitability for commerce under the Byzantine Empire, this theory proposes that the route was responsible for the towns’ prosperity. Because the trade route had been ineffective at some time, and the people were forced to evacuate due to a shift of power via other trade routes, this would explain the mystery of the missing population.

Many people feel that if this is true, then the cities provide an excellent illustration of how people adjust to new circumstances and circumstances.

The Dead Cities were inscribed as a UNESCO World Heritage Site in 2011 under the name “Ancient Villages of Northern Syria” and were designated as such in 2012.

This village, which was located in southern Anatolia, existed between 7500 and 5700 BC. James Mellaart began excavating the ruins in 1958, and the excavation proceeded for another decade until it was completed in 1965. In this dig, researchers discovered a highly evolved culture from the Neolithic era, with 18 layers of structures representing the many phases of the settlement’s development.

In the aftermath of an episode known as the Dorak Affair, in which key artwork from the Bronze Age went stolen, Mellaart, the publisher of these pictures, was permanently barred from entering the nation.

The location remained undiscovered until 1993, when the University of Cambridge, under the direction of Ian Hodder, decided to conduct an investigation. One of the most extensive excavation operations in history, these studies are regarded as one of the most difficult.

Atalhöyük was comprised entirely of household structures. It is still unknown what the function of some of them was, particularly some of the more spectacular chambers, when the city was built. According to specific theories circulating, they were maybe utilized for religious reasons, or they might have been used by the wealthiest individuals in town.

Archaeologists estimate that over 10,000 people lived there. The town functioned as a highly close-knit community in which neighbors sought to aid, traded, and even married one another. There were no streets since the occupants lived in a single, colossal building and traveled by utilizing the roofs as transportation.

Archaeologists also discovered bones under the structure’s floors, and specific characteristics and information indicate that ritual played an essential role in the burial process. Furthermore, based on the data, it is considered that the inhabitants made little to no discrimination between themselves in terms of gender or social status and that they all treated one another as equals.

Because atalhöyük has remained unexplored and unrecorded for more than 10,000 years, it is hard to determine why the city residents departed or where they went once they did leave. It is plausible that they just relocated somewhere and blended in with the local indigenous population.

Easter Island, also known as Rapa Nui, is a site in the Pacific Ocean notable for its 887 enormous prehistoric head sculptures known as Moai. Because of its significance as a UNESCO World Heritage Site, the island has been under the protection of the Rapa Nui National Park since 1995.

As a result, no one knows precisely when the first people came on the island, nor do they know what happened to those settlers when they left. Between 300 and 1200 AD, the Polynesian people are said to have arrived and occupied the area. It is stated that they came from the Gambier Islands or the Marquesas, which are thousands of miles distant, and that they journeyed a long distance before landing on those beaches. However, this is not true.

When the British explorer James Cook visited the island in 1774, one of his crew members, a Polynesian from Bora Bora, was able to speak with the locals because of his Polynesian background. Many people have assumed that the occupants were Polynesians as a result of this. According to other missionaries who arrived in the 1860s, the settlers were led by a high chief (Ariki) who controlled all nine clans and the whole region.

Some believe that the construction of the Moai resulted in catastrophic deforestation and environmental damage, which had a detrimental effect on their capacity to feed themselves. Consequently, the hypothesis holds that the loss of the people was caused by cannibalism when there was no other option available to the survivors. Other ideas contend that rodent infestations of the plants and upheavals in their social order were the root causes of the occupants’ departure from their homes.