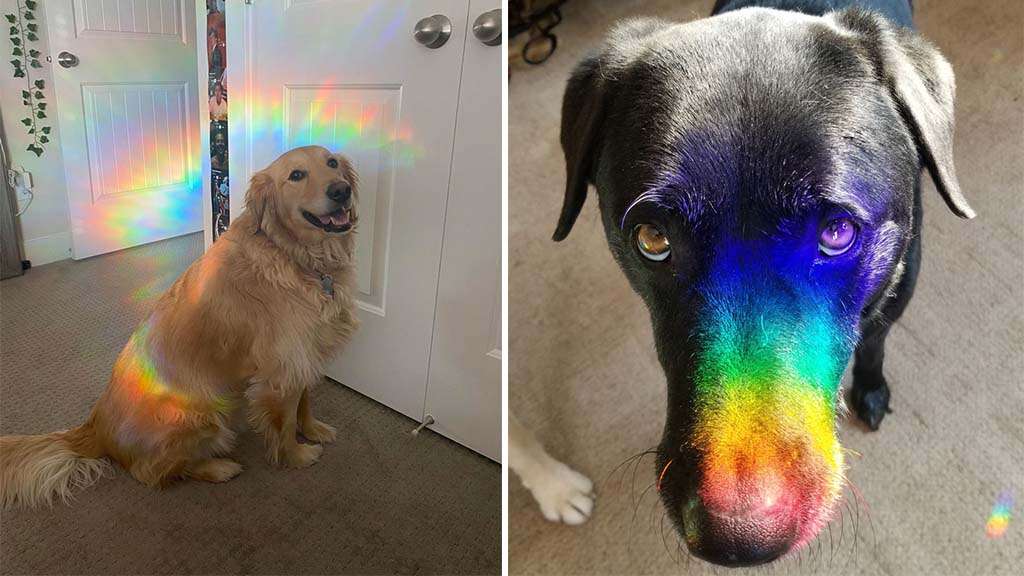 Rainbows are temporary phenomena that we cannot see every day. They are one of the most incredible and colorful phenomena of nature.

People have marveled at this fantastic illusion for ages. There are many stories and references related to rainbows in almost every period in the world. However, the actual reason for it is that when the sun’s light hits tiny water drops in the atmosphere, it creates a colorful spectrum, which we call a rainbow. Rainbows are usually created as an arch over a wide area. Some stories say that you might find a treasure at the end of the rainbow, and some say God makes it a blessing to protect our world. People have different opinions about them. However, everyone loves to see rainbows.

So, if you think this phenomenon only happened in the sky, It’s incorrect. Wherever a light beam goes through a medium that will create a spectrum, it will transform the light into seven colors. Due to the advantage of new technology, we can carry a device with a camera with us all the time. So, whenever we get the chance, we can capture a photograph. That’s why many random things are being caught on camera, and the rainbow is one of the cool things that people capture.

Not only is capturing photos easy, but sharing them is also now easy and fast through the internet. So, we saw some incredible photos of rainbow colors captured by people worldwide. We collected some of them and listed them down for you. Please scroll down to check them out and leave your ideas in the comments section below.

#6 A rainbow road.Because this is freshly paved, and when the sun hits, it makes a rainbow road through polarized lenses

#7 A rainbow cloud was spotted in India. It is a rare phenomenon.

#8 It’s hard to find the end of a rainbow

#9 A fire rainbow was spotted over the Carolinas by my family. only lasted a few minutes and is stunning

#12 Only a red rainbow in Finland. saw at midnight

#14 Rainbow perfectly lined up on the stove

#15 Christmas lights refracting through my glass of water

#16 This is how my silhouette appears within this circular rainbow

#18 This spectrum is refracting through my prismatic window, and it is vibrant and clear

#26 Rainbow toilet. similar to a quest item that has in video games

#27 Rainbow ends in the middle of the road

#29 This rainbow starts from the inside of our dumpster

#30 I took a photograph of the rainbow, and lightning struck simultaneously. perfect timing